The vast majority of us have grand dreams of success. Walking tall with our heads up high and the love & respect of the masses. Yet while most of us have these dreams, we often are so afraid to fail, that we end up failing by default.

Failing is a Choice

I choose to fail daily because I know it’s the only way to truly succeed!

It’s ok to make mistakes, that’s how you learn about what works and what doesn’t work. It’s called failing your way forward. Ever heard of Thomas Edison? He invented the light bulb, well yes and no. The light bulb technology was around for a while but what Edison did was innovate the technology to make it viable. Some say he tried 10,000 different ways to get the light bulb to work. Imagine if he quit after 9,999 tries. He knew that trial and error is how you find your way to success. Especially in uncharted territories. So you must be willing to fail and fail and fail again before you find the right way to achieve your goal.

Everyone starts from the beginning. Some may have more advantages than others but those very same advantages can make that person lazy. Some may be born with natural talent but if that same talented person doesn’t commit to utilizing their given talents properly, then the person who grinds will often leap frog over them.

No one starts off at the finish line!

Usain Bolt is regarded as the fastest person ever timed. His success didn’t come when he crossed the finish line first. That’s when the world realized his success. His success came when he chose to get up early and train harder, to push himself further than his competition. His success came from pain, sweat, agony and early failures in his career. 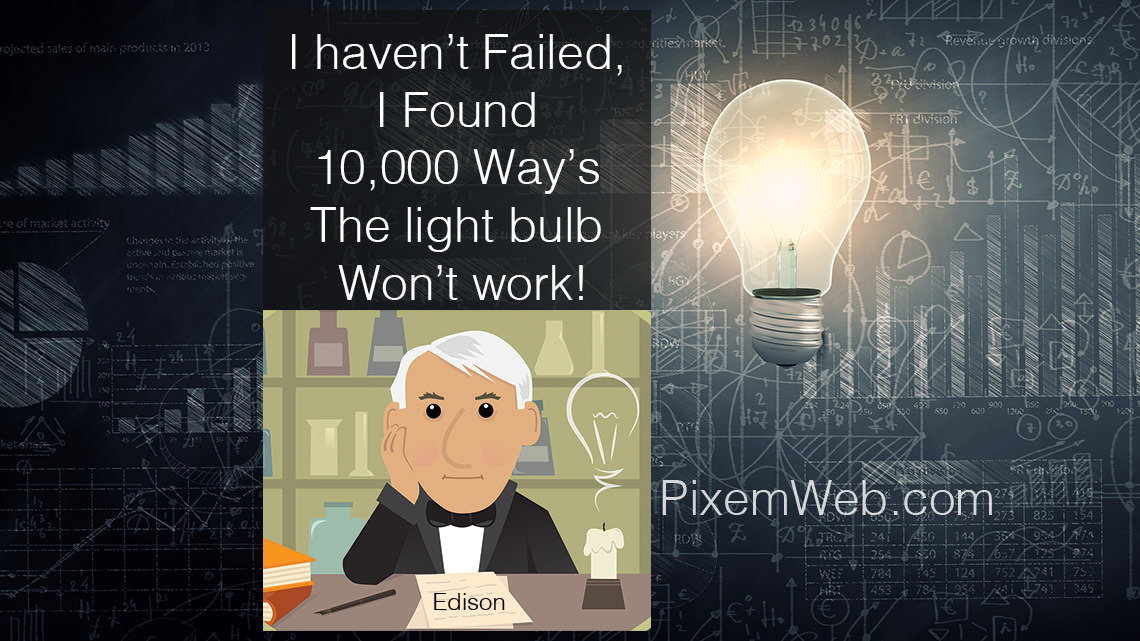 Success is a Journey

Don’t tap out at the first sight of failure. Embrace the Art of Failing. Learn from your mistakes. Failure can be your greatest teacher. Remember, successful people often reflect on what it took to get to where they are. Reason is, the best part is often the journey, not just reaching the finish line. That’s why some of the greatest entrepreneurs end up creating something new after they dominate an industry.

Make it your mission to fail your way forward.